LARRY MARSHALL was recently on Broadway as “Old Joe” in WAITRESS, and toured with the National Co. He was nominated for a Helen Hayes, and a Jeff award as best actor in a play for his role as “Monroe” in PULLMAN PORTER BLUES. He appeared as “Danny” in the National Company of XANADU, and appeared as “Ole Mister” in the Broadway Production of THE COLOR PURPLE. He was seen as “The General” and “The Farmer” in “MOTHER COURAGE” with Meryl Streep, and he received nominations for both the Tony and Drama Desk Awards for his portrayal of “Sportin’ Life” in the Houston Grand Opera’s Grammy Award winning production of “PORGY AND BESS”, and in 1990 he made his official Metropolitan Opera debut in the opera under the baton of James Levine. Mr. Marshall has gone on to perform the role at La Bastille in Paris, the Teatro Alla Scala in Milan, and the Teatro dell’Opera di Roma to name a few.

Among Mr. Marshall’s other Broadway credits are the title roles of “Hamlet” in Gower Champion’s “ROCKABY HAMLET”, “Berger” and “Hud” in “HAIR”, “Horse” in the musical “THE FULL MONTY”, “Valentine” in “TWO GENTLEMEN OF VERONA”, “Slick” in Bob Fosse’s “BIG DEAL”, “The Ghost of Christmas Past” in “COMIN’ UPTOWN” with Gregory Hines, “Sweets” in “PLAY ON!”, and Tiger Brown in “THREE PENNY OPERA” with Sting. All in all, he’s been featured in 15 Broadway musicals.

Off-Broadway he has won plaudits in Ntozake Shanges’ “SPELL#7”, and Liz Swados’ “HAGGADAH CANTATA”, and “LULLABY AND GOODNIGHT”, all for the New York Shakespeare Festival, including the Festival’s production of “A MIDSUMMER NIGHTS DREAM” at Lincoln Center, in which Mr. Marshall played the role of “Puck” along with George Hearn, Richard Gere, and Ed Hermann.

Among his regional theater credits are “Walter Pops Washington” in BETWEEN RIVERSIDE AND CRAZY” at the Cleveland Playhouse, “Himself” in HAIR: RETROSPECTION, and “Father of the Girl” in THE FANTASTICKS at the Kansas City Rep., “Judas” in “JESUS CHRIST SUPERSTAR” at the Paper Mill Playhouse, “Alonzo Fields” in the one man show “LOOKING OVER THE PRESIDENT’S SHOULDER” at the Portland Stage, Lorraine Hansberry Theatre in San Francisco, and The Capital Repertory Theatre, “MUSEUM” at the Folger Library Theater in Washington D.C., and “Hoke” in “DRIVING MISS DAISY” at the Capital Repertory Theatre in Albany N.Y., and for Harbor Lights Theatre Productions. He also appeared as “Adam” with Gwyneth Paltrow in the Williamstown Theatre production of “AS YOU LIKE IT”. He played “Lucifer” in Arthur Miller’s first musical venture “UP FROM PARADISE”, and the male lead in Duke Ellington’s “QUEENIE PIE” at the Philadelphia’s American Music Festival Theatre and the Kennedy Center. Mr. Marshall also sang the role of the “Preacher” in Leonard Bernstein’s “MASS”, which opened the Kennedy center, and later played the Metropolitan Opera House.

Mr. Marshall’s film credits includes “Cab Calloway” in “THE COTTON CLUB”, “Simon Zealotes” in “JESUS CHRIST SUPERSTAR”, “Mickey” in “PANIC IN NEEDLE PARK”, and as “Adam Clayton Powell Sr.” in Showtime’s “KEEP THE FAITH”. He made appearances for three seasons as “Jeremiah Joseph” in Showtime’s “SOUL FOOD”, and was featured on The Comedy Channel’s “STRANGERS WITH CANDY” as “Jazzy.”

Mr. Marshall’s directorial debut was “A FAITH’S JOURNEY”, a docu-musical on the life of Martin Luther King, at the Riverside Theatre in 1990. He was the Associate Director with Baayork Lee, and performed the role of “Rum” in the Kennedy Center’s presentation of “CARMEN JONES” with Vanessa Williams as “Carmen”, and Placido Domingo conducting. He has also been the Associate Director with Ms. Lee for the New York Harlem Theatre’s Productions of “Porgy and Bess” since 1993, and has staged productions that have played most of the major opera houses in Europe, among which are “La Fenice in Venice, Teatra dell’Opera in Rome, Teatro Bellini in Catannia, The Ronacher Theater in Vienna, and Teatra des Westins in Berlin. Mr. Marshall directed The Atlanta Opera’s production of ‘’Porgy and Bess” in the fall of 2005 and 2011, and Opera Memphis in 2006. He also directed “Macbeth” for Opera Memphis, along with The Barber of Seville for Opera Memphis and Mississippi Opera. Mr. Marshall also directed Pins and Needles, and “The Cradle Will Rock” for the Howl Festival in New York. 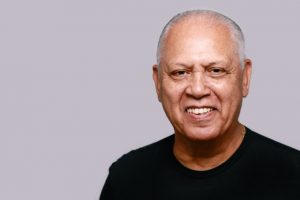